Exodus tells the story of a young woman named Clare Thibodeaux.  Clare is beautiful, smart and unfortunately damaged by a horrific tragedy.  She is known as the “Ice Lady” by the people she works with at the hospital ER.  Unable to trust, she has kept the circle of people around her small to protect herself from the heartache of losing anyone.  The demons of her past have resurfaced, and Clare leaves her life behind once more as she goes into hiding.  With the help of her parents’ best friends who run a B&B in Bayfield, WI, she assumes a new identity and attracts the attention of two men promising to protect her.  But Clare doesn’t know who she can trust with her life or her heart.

But life changes and we can’t predict it – no matter how careful we are – as Clare soon finds out.

Her response is to run away, and this is where my story begins

Running back and forth from the closet to the bathroom, Clare stuffed the last item that would fit into her worn duffel bag with a sigh.  She glanced quickly around the shambles of the bedroom for any essential items.  There was one thing she couldn’t forget, Clare thought, as she reached into the bedside table drawer and removed a .45 and some extra ammo. She clicked on the safety after checking the chamber to make sure it was empty.  A sterling silver frame with a black and white photograph of her family caught her eye.  Stripping the back off of the expensive frame, Clare removed the photo and shoved it into her purse.  Her throat tightened, and she swiped at the lone tear sliding down her face.  Abruptly clearing her throat, she returned to the task at hand.

Oh my God,” she groaned slinging the weight of the overstuffed bag over her shoulder.  The perspiration on her forehead stung as it dripped into her eyes.  Clare mopped at the sweat with the back of her hand and headed for the door of the apartment.

“Get your head in the game, Clare Thibodeaux,” she mumbled.  She set her bag on the floor and eyeballed the landing through the peephole making sure everything was clear before opening the door.  Not seeing anything she considered suspicious, she bent over and picked up the duffel.  The door swung open with a blast of sweltering heat that made it difficult to breathe.  Coastal Florida summers often felt like standing too close to a bonfire.  It was only 6:30 AM.

The predawn sky was littered with angry looking dark

clouds.  Hurricane Emmitt was swirling its way across the Gulf of Mexico with The Weather Channel anticipating landfall along Florida’s panhandle.  The residents of this stretch of the Florida coast were familiar with the preparations a tropical storm or hurricane required.  People were boarding up their windows, getting ready for a hurricane party or hightailing it out of the path of the storm.  In the past, Clare had ridden out most of the hurricanes or near misses at the hospital.  Any staff, who were able to stay, would remain at the hospital 24/7 until after the worst of the storm was over.

Circumstances were different at present.  She planned to evacuate with the thousands of other residents leaving their homes and belongings to avoid the devastation the landfall of a Category 4 hurricane would bring.  Trees could be broken or uprooted from the ground.  Power lines would be downed, and the electricity might be off for days or weeks.  With so many leaving, she could get lost in the stream of vehicles heading north.  It was probably the best time to disappear.  Maybe the only chance she’d have.

The warm red glow of the rising sun peeked through gaps in the advancing front of the storm.  Its weakened light glinted off of the corrugated metal carports.  The roar of the tide rushing into the beach and an occasional car door or trunk closing were the only sounds.  Taking the steps down to the parking lot, she looked across the road to the shoreline.  Lines of white-capped waves swelled larger rolling with power as they slammed into the shore.  Who knew if her apartment building would still be standing in another day?  Not that it mattered to Clare, she wouldn’t be returning.  The black Jeep Wrangler sat in her parking spot with its soft top removed.  She approached quickly, her senses on edge and keys in her hand. Blue eyes furtively swept from side to side assessing.  With a grunt, she hoisted the duffel up and over into the Jeep.

“Hey, Clare!” She spun around one hand held protectively against her chest.  Heart pulsing in her ears and pounding against her sternum, she exhaled trying to morph her expression from one of alarm to hopefully one which expressed polite friendliness.

“Hi, Phil. Leaving too?” Clare responded to her neighbor who hauled a suitcase and a rolling cooler to his SUV.

“I never get used to these storms.  The wife is terrified and wants to leave now,” Phil informed her as she climbed into the Jeep.

“Tell Kelly ‘Hey’ from me.  Stay safe!” Clare was going to miss the people she had come to know.  It was hard leaving.  Strapping her seatbelt on, she reached for the ignition.  Clare felt her mouth turn up at the corners with the purr of the engine.  The Jeep was her baby.  Pushing down on the clutch, Clare looked over her shoulder and shifted the Jeep into reverse.  Her neighbor waved in Clare’s direction as he loaded up.  Clare nodded back with a smile, shifted into 2nd gear, gave it some gas and rolled forward to the exit.

Endless lines of red tail lights were at a standstill as Clare approached the Interstate.  Traffic flow crawled in all four lanes leaving the city.  The southbound lanes heading into Panama City were empty.  A large number of vehicles would provide some cover, but she wouldn’t be able to distance herself fast enough.  Fortunately, she had worked as a paramedic before becoming a registered nurse.  The back roads and state highways were very familiar to her.  They would have a lot more traffic than usual but might offer a quicker exit.  Her decision made, she veered away from the Interstate that led north towards Montgomery and instead sped along a secondary road that ran almost parallel to the packed highway.

The exodus had begun.

This book is a work of fiction.  Names, characters, places, and incidents are products of the author’s imagination or are used fictitiously.  Any resemblance to actual event or locales or persons, living or dead, is entirely coincidental.

All Rights are Reserved.  No part of this book may be used or reproduced in any manner without written permission from the author. 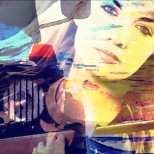 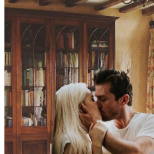 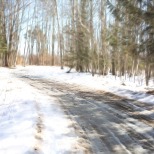 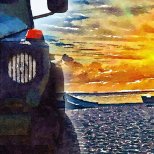 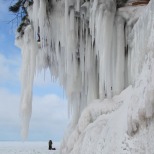